The façade of the Bieblova residence project, built using HI-MACS® Solid Surface, has been designed by P6PA+Architects as a tribute to Konstantin Biebl, a prominent Czech poet from the inter-war period who lends his name to the street in Prague where the building is located.

The construction of this poetic façade arose from the need to create a frontage with contemporary aesthetics that would fit in with the original decorations of the surrounding buildings that date from the first half of the 20th century. After much deliberation, HI-MACS® was chosen as the best material for the project, due to the many varied attributes of the material.

The main expressive element of the building – which comprises two basement floors and seven upper floors – is found in the impressive façade built using white panels of HI-MACS®, a material chosen for its excellence in cladding for large structures. The large size of the panels that make up the façade (2.6 x 1.1 m) along with the graphic work on their surface (using perforated letters) enables the building to have a different appearance at night thanks to the back-lighting effects. Read diagonally from the upper left-hand corner to the lower right-hand corner of each panel, the letters spell out different titles of poems by Konstantin Biebl: Zlom (Turning point), (as seen in the bottom left panel on the building)  Ikaros (New Ikaros), K Lesu (The way to the forest), Havran (The rook), Akord (The chord) among others. This creates an image full of contrasts and content that becomes even more lively at night, making the building stand out from the adjoining buildings in an elegant, subtle way.

For the façade’s architectural design, the letters were milled into the HI-MACS® surface using CNC technology, and each one has a unique design. The structure is backlit for a more dramatic effect, and its sides are slightly contoured with an LED light to soften the letters that make up the poems.

The system for fastening the panels to the building uses stainless steel profiles and plastic pegs. Each panel hangs as a separate entity, which thus allows either horizontal or vertical adjustments, independent of any other panel.

One of the most difficult tasks in the project was getting approval from the local authorities. The biggest challenge was reaching an agreement in terms of protecting the city’s historical and urban landscape. The project was presented to several historical department committees and to Prague City Council. Building permission was finally obtained and, thanks to that, the poems of Konstantin Biebl can be read on this façade built using HI-MACS®, making the building stand out from the architectural landscape of the Czech capital. 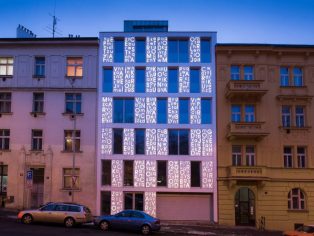 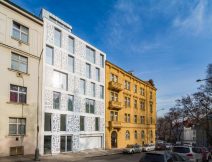 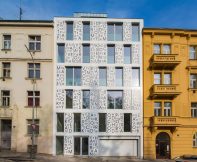 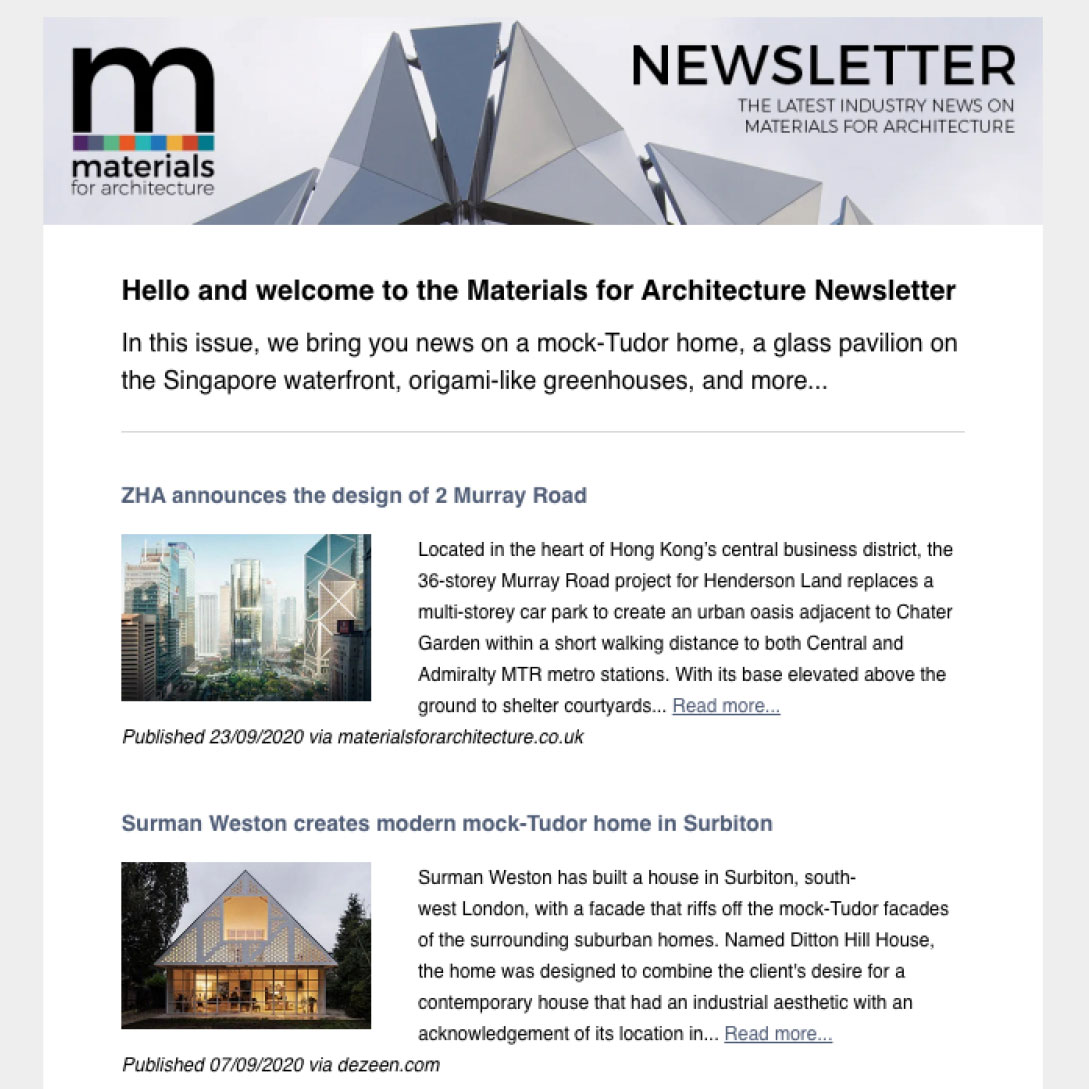