BSRIA has launched a 3D Printing Guide to answer the how?, what?, and why? and highlight the benefits especially its accuracy and speed. Launched this week, the At a Glance Guide offers quick facts and key issues on a myriad of “need to know issues.”

“There’s a new kind of printer that prints three‐dimensional objects. The technology has developed significantly in the past 20 years and 3D printing now has a whole host of uses. The aim of this topic guide is to give a background to 3D printing technology and show what 3D printing can offer the construction industry in general and building services in particular.

In the future – the scope of 3D printing is only going to increase – including prosthetics, food, cars and even houses… !

3D printing is mainly used in the manufacturing sector for prototyping, helping new products go to market faster. It is also increasingly being used for one‐off bespoke components. These can range from the microscopic scale to large structures weighing tens of kilograms.”

What is 3D printing?

The 3D printer uses a model design created in CAD (computer aided design) as its template which is broken down into individual layers by the 3D printer’s software. Material is then deposited, usually via a nozzle device layer by layer until the 3D product is complete. There are other methods of 3D printing that vary the method from this example.

What has put 3D printing at the forefront of product development and opened up new markets are the increases in speed and accuracy and the increased range of materials that can be used. Improvements in technology, especially CAD have aided this – a manually controlled 3D printer would almost be impossible to use accurately. 3D printing also makes the manufacture of different shapes such as hollow structures possible which previously were not with traditional subtractive methods such as milling.

Who is the topic guide for? 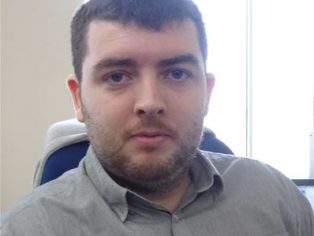