The renovation of a 17th Century listed cafe in the Snowdonia National Park, which incorporated some “rare” roofing methods using Welsh Slate, has won the contractors a national award.

Greenough & Sons, who are based on the Isle of Anglesey, were one of seven specialist sub-contractors shortlisted for the “Best use of a roof tile for a heritage roof,” category of the 2021 Pitched Roofing Awards.

Their 10-week work on the Grade II listed Y Sospan cafe in the town centre of Dolgellau in north-west Wales involved the use of mitred hips and “single-cut” swept valleys which were once traditional to the immediate area but are now extremely rare to see.

The project also featured the use of Welsh Slate’s Cwt Y Bugail blue grey slates in random diminishing courses to replicate the coursing of the original roof which had been coated with bitumen and subject to various unsuccessful localised repair attempts.

After the original roof was stripped and recorded, Greenough’s head-fixed the new slates with copper nails onto 50mm x 25mm battens over open rafters and a total of 210m2 of roof – the main, 40°-pitch area with 8-16” lengths, and a lower-pitched area with 22” lengths.

“The slate valleys, having no lead or any form of flashing, are an extremely difficult detail to get right, and only the most experienced slaters with local knowledge of their construction would be able to carry out these features to maintain the look, and just as importantly, keep the rain out.”

“The random Cwt Y Bugail slates were the perfect match for authenticity. The best-quality slates gave the slaters confidence in the material they were using and provided the client with a product of unrivalled durability.”

“Much time was taken working with the architect and other industry experts in recording the existing details and ensuring the new roof replicated the original as closely as possible. The project was considered a great success by everyone involved, including the cafe owners.”

Architect Rhys Llwyd Davies explained that the roof was one of the main elements of the £210,000, year-long renovation of the cafe, which was formerly the town’s gaol (with the magistrates’ court on the first floor) as part of the Dolgellau Townscape Heritage Scheme – a project funded by The National Lottery Heritage Fund, Snowdonia National Park Authority, and Cadw and Gwynedd Council which had identified it as one of three “High priority buildings” needing attention.

The works were substantially funded under that scheme, although the cafe owners were apprehensive of using the purely traditional approach of oak pegs with the slates head-bedded in lime, and wanted battens and a roofing membrane incorporated.

This was compatible with the objective of the renovation, which was to renovate the existing fabric, restoring lost architectural features where that was harmonious with current building use and introduce energy efficiency measures where appropriate.

Thus, the slates were fixed onto the battens over a breathable membrane which still allowed the traditional detailing to be used. The use of the battens was a particular interest for the listed building consent as they, rather than laths, slightly raised the roof’s surface.

Head lap was approximately one third as the work moved up the roof. Roof abutments with parapet walls and chimney abutments required the use of lead soakers and cover flashings, sometimes concealed to replicate the traditional appearance.

“The original roof was a random diminishing-course slate roof with regional detailing including mitred hips and slated Welsh valleys. The design team worked together to reach a solution where large slates were used on the lower pitch, with an increased head-lap that provided both an improved solution against wind-driven rain but also replicated the former appearance.”

“Welsh Slate were able to provide a product closely resembling the former roofing slates, also supplying the varying widths and lengths required to reinstate the roof installation. They were the best match for this historic listed building and a long-lasting material to satisfy the performance requirements. Sustainability was not a major factor in the decision making but as a long-lasting material we hope that it will not need to be renewed for a long time.”

“We regularly specify Welsh Slate and learned of the opportunity to specify varying widths and lengths during an office CPD session. The client is more than satisfied with the slating works and feel it enhances their property.”

“Our involvement with Rhys Llwyd Davies and Greenough & Sons Roofing early within the project phase allowed time for the special random diminishing Cwt Y Bugail slates to be produced to specifically meet the requirements of the building.”

“The intricacies of the very traditional detailing, which have not been used for hundreds of years, require craft skills and an understanding of how slates work. Throughout the roofing works we liaised with Greenough & Sons on site to ensure any requirement for special-sized slates were met.”

“It is a pleasure to be involved in such interesting and challenging projects which are specified and carried out to the highest standards.”

As well as the roof, the rest of the property was also renovated, including re-pointing with hot-lime mortar, repairing windows, installing cast iron rainwater goods, and introducing a consistent scheme of signage to advertise the building’s use.

The winners of the 2021 Pitched Roofing Awards were announced in a virtual ceremony on February 26th.

“An outstanding job that everyone involved in can be proud of. This project shows exceptional workmanship and true heritage works. It highlights great use of natural slate with some very traditional detailing. The overall appearance with stone walling looks fantastic.” 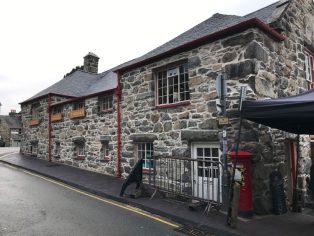 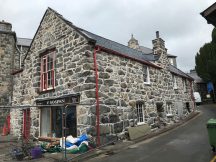 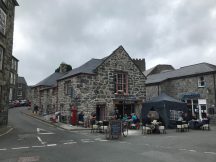 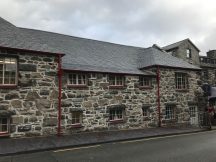 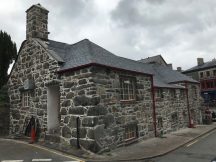