The first zinc roof was installed on St Bartholomew’s Church in Liege, Belgium in 1809. Over the coming century Baron Haussmann made zinc ‘the’ roofing material of Paris and the metal’s use extended to the UK, USA, Japan and even Notre Dame Cathedral in Saigon (now Ho Chi Minh City), Vietnam, as well as many other parts of the world.

Prior to the second half of the 20th century – while highly skilled installers created technical documents showing how zinc could be installed using techniques such as batten cap, flat lock wall panels and even sine wave panels – the actual standards pertaining to the zinc itself were somewhat limited.

Over the last 50 years, the technology used – not only to refine but also roll zinc – has changed considerably. Initially a factory in Viviez, southern France built the first electrolysis hall in 1922, thus allowing far purer zinc to be produced. This has now become Special High Grade Zinc BS EN 1179. This plant still exists and supplies the majority of pre-weathered zinc used in the UK and Ireland.

By using SHG BS EN 1179 and combining it with small amounts of titanium and copper, the modern BS EN 988 alloy was created. This zinc not only contains no non toxic impurities such as cadmium, but is also more resistant and allows easier continuous rolling, enabling manufacturers to produce large coils. Before the 1970s, all zinc sheets were only two metres in length. The coils produced by the continuous rolling process allow long sheets to be used with 13 metres being a standard maximum, although on some very specific projects this has been exceeded.

BS EN 501 and Code of Practice 143-5 address traditional fully supported, vented zinc roofing and wall systems. However, over recent years designers have requested a little more third party accreditation. An example of this is durability. For many years it has been known that a zinc roof can last over 100 years, and there are case studies to demonstrate this. Zinc is also a material that is easy to recycle.

The BRE EN 15804 Environmental Product Declaration is a way for designers to see the performance of zinc with regards to sustainability. A number of UK wall panel manufacturers have also carried out CWCT tests (Centre for Window and Cladding Technology) on zinc rainscreen panels, demonstrating a safety resistance of 3600 Pa.

Post-Grenfell, fire performance has obviously been at the forefront of many designers’ minds. Zinc is classed as non-combustible following EN 13501-1.

By adding backside coatings – which are often used on non-vented warm roofs – the material becomes A2 (following EN13501-1). Non vented warm roofs do fall outside the traditional code of practice documents. It is for this reason that such structural systems carry a BBA certificate as well as testing covering BS 476-3 and CEN/TS 1187 Brooft4 for no flame penetration or spread.

Traditionally, many fully supported zinc facade systems such as standing seam and flat lock panels relied on vented timber as a substrate and this can still be used on many buildings. For facades where only A1/A2 materials following EN13501-1 are required the timber can be replaced with a 0.7 mm thick galvanised steel deck. It is also important that the appropriate fire barriers are used in the cavities and an A1/A2 insulation.

As far as aesthetics are concerned, the nature of the panels used are critical: small elements, horizontal/vertical panels or the standing seam panels, with the use of interlocking panels giving a higher level of flatness. Another important choice is the nature of the zinc used. Until 1978, the only option was mill finish, natural zinc. Over the last 40 years, the choice and availability of pre-patinated zinc has expanded and now includes colour and engraved options. 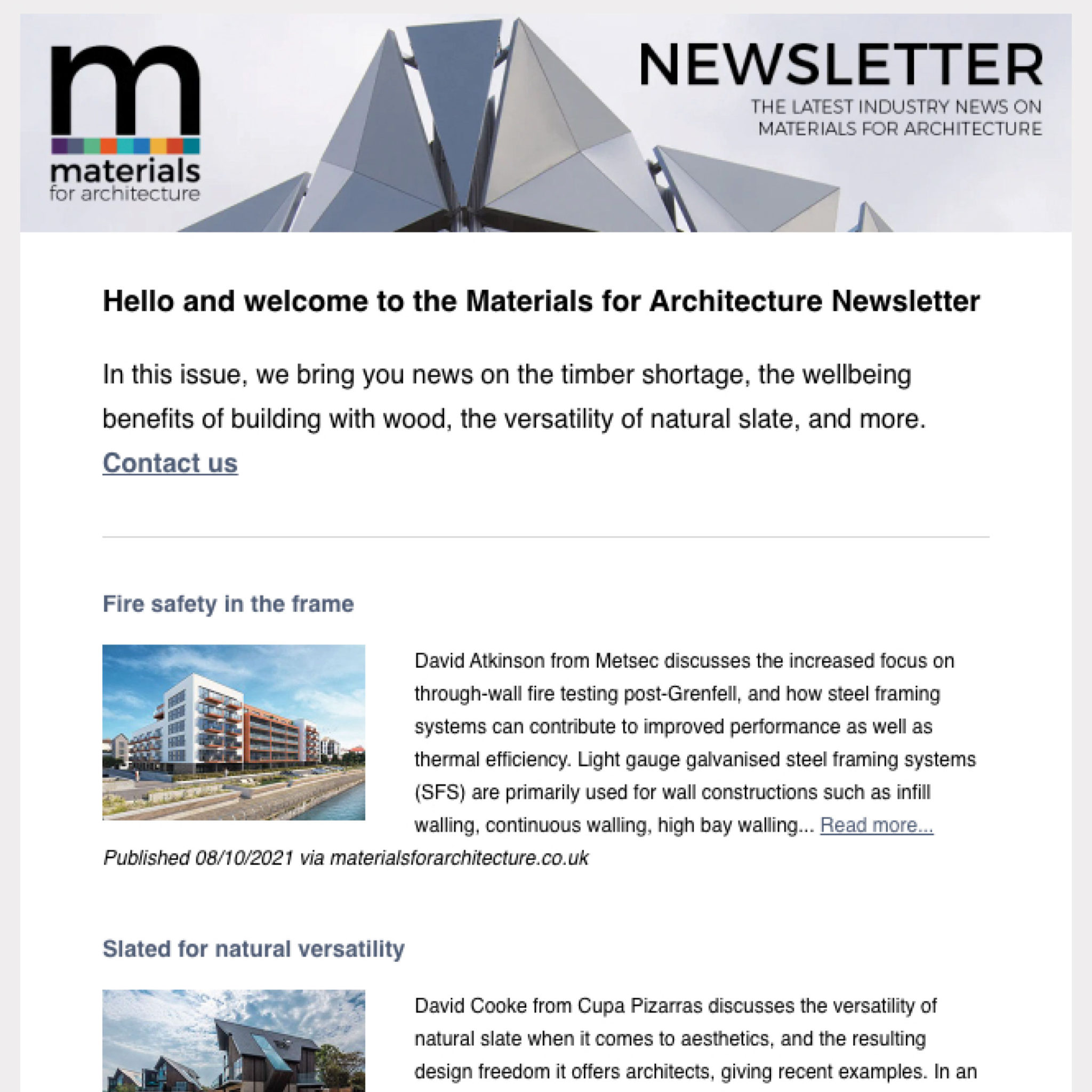