Jordan Perlman of Newground Architects explains that although a time-honoured material, brick has limitless possibilities for designers, illustrated by a recent mixed use scheme in London

In the six years since our practice was founded, we have used brick in a range of projects, and in all sorts of applications. We continue to explore its possibilities. Besides its aesthetic qualities, we have found that using it as a base material complements and reflects the way we like to work as designers. Brick is such a simple ordering device; inherently rational but also flexible. Using one base component, you can set up infinite possibilities. From an intrinsically ordered starting point, the possibilities for creating something extraordinary are limitless, but designing with brick requires rigour at every scale. The principles that apply at detail level can be applied at all scales.

At the heart of any brick building lies the bonding – the way these elemental components are put together. Ingenious combinations have been developed and tested over millennia, with solutions driven as much out of practicality as aesthetics. Colour and texture add another dimension. Whether it is through the deliberate choice of a particular brick colour, tone or texture, or comes about as a result of the inherent randomness derived out of the natural clays, additives or firing process, no two brick solutions ever need to be the same. Although it is not immediately apparent why or how, the order of a brick facade often resonates with those who experience it.

The repetition of components at a range of scales, as we so frequently observe in nature, is something that elicits a human response. And repetition, offset by differences, where there is a need for them, often creates even more inspiring results. As buildings and technology evolve, brick has managed to keep up and adapt. It can be used completely honestly – as in a simple load-bearing garden wall – or, as is increasingly the case, as a facing material to more complex wall build-ups. The challenge here is to reconcile the expression of the brick relative to its function, and this is something designers are grappling with.

This is particularly true given the ever more ambitious energy performance targets we are setting for our buildings and the evolving technologies and processes involved in the construction of modern buildings.

This high-density mixed-use development is one of the first purpose-designed private sector schemes for the Build-to-Rent market in London. As part of an emerging neighbourhood centred around the North Acton Underground station and public square, the project’s ambition was to demonstrate that a contemporary, contextual, urban living environment can be achieved with a very modest budget, through considered design and specification. In total there are 173 one, two and three-bedroom flats across two blocks of 17 and 13 storeys, linked by a lower block of four storeys. A logical plan of a few well-resolved, repeated parts underpins the efficiency of the scheme at all levels, from maximising the use of space to simplifying structural, servicing and detailing solutions. The rational approach is expressed in the use of a small range of materials in well-considered combinations.

Large, sheltered balconies in the open-plan flats extend the usable private space while social interaction is encouraged by strategically located communal spaces and gardens that can be enjoyed as part of residents’ everyday movements through the building. The two blocks are replicas of one another in plan. However, while the smaller east block is a simple square, the taller west block is stepped to pick up on the geometries of the site, take in views of London in the distance, and create opportunity for an elegant articulation of the facade. Triangular balconies tie the stepped volumes of the tower together. In each block, repeated flat types are clustered logically and economically around a central stair and lift core, with large dual aspect two-bed flats positioned on corners, and single aspect one-bed flats between. The rational plan and elegant elevations are integral to one another, addressing form and function simultaneously. The geometry and detail of the distinctive balconies is as much about providing privacy and views as it is about rhythm, articulation and visual interest.

Views through open-plan layouts emphasise space and light and allow connections from the inside out. The strong relief and the use of a limited palette of durable facade materials evoke solidity and permanence. The richly coloured Freshfield Lane First Quality brick was selected for its hand-made appearance and warm mix of red, purple and orange hues, as well as for its technical properties of resistance to moisture and frost. Thanks to the lively variety of colours, the brick appears surprisingly different under different daylight conditions adding visual and tactile interest to the architectural form and massing. A limited palette of robust materials and a strong sense of relief is accentuated by the full brick reveal to evoke solidity and permanence. We purposely kept the brick detail relatively simple as the building itself has a powerful sense of geometry. Brick was an obvious choice with light and shadow highlighting variations in colour and texture throughout the day. Simple bonding and light flush mortar allow light to play along the building’s surface.

Relief and repetitive geometry, combined with the inherent richness of the brick, meant we didn’t need to use fancy coursing or expensive bricks to bring the building to life. Good design acquires a sense of inevitability. Things that look simple often take more effort to achieve. And good design requires consistency at all scales. The same control, rigour and thought that’s required at detail level when working with brick, we like to apply at all scales. This goes from the way a building sits on its site and relates to its neighbours to the internal relationships between rooms and the legibility of movement to the detail, materials and manipulation of light. 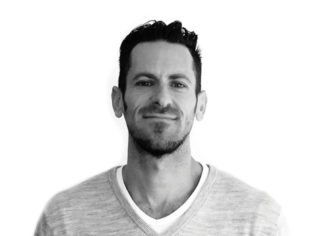 The Rehearsal Rooms Build to Rent scheme in North Acton, London, provides 173 flats across two multi-storey blocks with large, sheltered balconies, and is clad in brick selected for its hand-made appearance 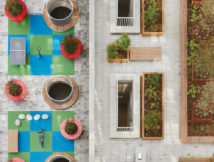 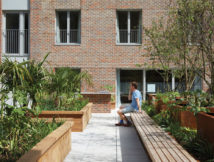