Entering its 41st year the 2017 Brick Awards has seen the largest volume of entries to date with 324 projects being entered across 14 categories. With more outstanding entries than ever, The Brick Awards showcases the very best projects using UK member bricks. With the quality of projects to this prestigious event always being of the highest calibre, this year was no exception.

The task of shortlisting the entrants fell to a panel of experienced architects, planners, brickwork, design and others experts who produced a final shortlist of 85 projects.

Among the shortlisted projects is London City Island which has been selected for two categories: Innovative Use of Brick and Clay Products &amp; Large Housing Development. London City Island is a new, residential-led mixed-use community on the Leamouth peninsula made of thirteen buildings in total. Comprised of 1706 residential units, new facilities for The London Film School and the new headquarters of English National Ballet.

Also collecting two nominations is Stepping Stone House in Henley being shortlisted for both Outdoor Space and Individual Housing Development. Judges were particularly impressed by the ingenious use of brick in the architect’s landscape design with the goal of engaging the family with their surroundings. Not only is this achieved in blistering style but brick is celebrated, integrating the architecture with the lake as well as a link between the old and new buildings.

The Brick Awards not only look to the UK for innovation but The Worldwide Project category highlights projects from around the globe. Being selected for this international category is the Foster + Partners designed university campus of Xiao Jing Wan. Situated astride a hill, with exceptional views towards the South China Sea, the buildings are arranged with a strong horizontal emphasis. Using the same restrained palette of materials in its construction only adds to the impressive crisp finish consisting of fair-faced concrete exposed internally and externally, bronze coloured cladding and a specially developed clay brick.

Head Judge, Joe Morris of Duggan Morris Architects was blown away by this year’s entrants – “This is the fourth year I have been judging these important awards, and my first as head judge.

Year on year during this time, the quality of design in the submissions and the quality of workmanship has steadily increased. This year, we have had the difficult task of reviewing over 300 submissions across the numerous judging categories to draw up what we believe to be one of our strongest shortlists for the awards. It is increasingly difficult to identify single stand out submissions, and this year more so than any other sees many projects in the running for the Grand Prix.”

What really sets the Brick Awards apart from any other industry awards is the process to find the overall winners. After the rigorous shortlisting, the judges now go into exceptional depth, including visits to every shortlisted site to consider the induvial merits of each project. The awards criteria span planning design and quality of construction, including, of course, the substantial and skilful use of clay brick. Applications range from classic clay building blocks and facing bricks to the creative use of ceramic façade panels, roof tiles and clay pavers. Special attention is directed to the general quality of the architecture and how the building shows sensitivity to its surroundings and purpose.

The winners will be announced at the Brick Awards on the 9th November at London’s Park Lane Hilton Hotel. 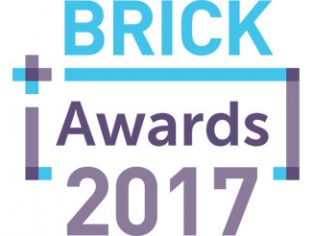